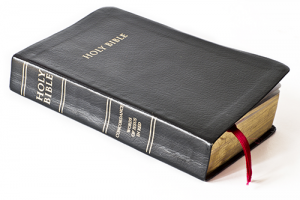 Parable of the Talents

“For it will be like a man going on a journey, who called his servants and entrusted to them his property. 15 To one he gave five talents, to another two, to another one, to each according to his ability. Then he went away.

24 He also who had received the one talent came forward, saying, ‘Master, I knew you to be a hard man, reaping where you did not sow, and gathering where you scattered no seed, 25 so I was afraid, and I went and hid your talent in the ground. Here, you have what is yours.’ 26 But his master answered him, ‘You wicked and slothful servant! You knew that I reap where I have not sown and gather where I scattered no seed? 27 Then you ought to have invested my money with the bankers, and at my coming I should have received what was my own with interest.

28 So take the talent from him and give it to him who has the ten talents. 29 For to everyone who has will more be given, and he will have an abundance. But from the one who has not, even what he has will be taken away.”